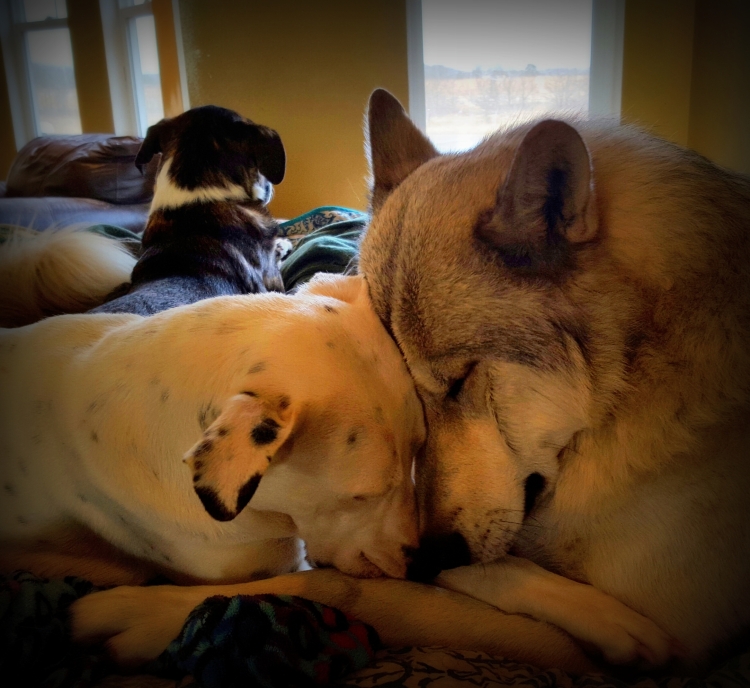 Take the term “it’s just a,” then fill something in after it. Those little words seem so innocuous, but can really pack a punch depending on how you use them.

We use those words to downplay something that happened. You know, the no-big-deal “just a.”

“It’s just a scratch.” When applied to something that has happened to me, Jim, or one of our animals, this is a good “just a.” Nothing major. Whew.

“It’s just a little ding.” When referring to my beloved Jeep? There is no such thing as “just a.” Get out your insurance card.

There’s the “just a” that forgives.

“He’s just a little kid.” The words many a parent has said to talk themselves down as they stare at the latest crayon wall mural. Or when they find the rotting jack-o-lantern rescued from the trash and stored safely in the corner of the front hall coat closet. (That last one might or might not have been perpetrated by young Nancy.)

We use those words when we put on a brave face.

“It’s just a house.” A friend said that to me after her home burned to the ground. Courageous words, and she meant them. Her family and her animals were all safe. The things she truly held dear did not perish in the fire. A heart-wrenching “just a.”

“It’s just a ring.” Another friend used that one as she shrugged and forced a smile after losing her beautiful wedding ring. That was a “just a” as much for herself as it was to convince me she was OK with the loss. A “just a” with a deep sigh attached to it.

But there is one  “just a” that can get me riled faster than just about anything you can say to me. It’s the “just a” that degrades.

What? Just a dog?

It’s just a living, breathing creation with a heartbeat, with a brain, with awareness. It’s just a loyal, true-blue being who doesn’t care if your hair is a mess, if your clothes don’t match, or if you put on a few pounds over the holidays.

It’s just a dog. It’s just a soulful creature with feelings and emotions. It has friends. It has ideas – some good, some, by human standards, not so good. But hey, it’s just a shoe…and it was apparently delicious.

It’s just a dog. Just an incredibly adaptable animal that can learn. That can comfort or protect. That can perform amazing tasks.

It’s just a dog who forgives the many times we claim to be the wiser species, but allow our actions to prove us wrong.

It’s just the very best friend you might ever have. The one who is thrilled to see you whether you’ve been gone for five days or just five minutes.

And if you ask me, the relationship we have with our dogs? Their willingness to bridge the gap to exist and thrive in our very human-focused world?